Depending on who is doing the counting, the number of neurological disorders varies widely. The National Institute of Neurological Disorders and Stroke (NINDS), part of the National Institute of Health (NIH), lists 447 different neurological disorders.  The University of California at San Francisco (UCSF) reports that there are “more than 600 diseases of the nervous system, such as brain tumors, epilepsy, Parkinson’s disease and stroke.”

Such specialization within neurology is both good and bad.  It’s good because, if you have a dementia disorder, you want to see a specialist who sees people with such disorders every day. But it’s a negative when it comes to many disorders that have both cognitive/memory and movement components. If you have a movement disorder and see a movement disorder specialist, that physician may overlook the cognitive aspects of the disorder. And your family may not be aware of the full picture.

Lewy Body Dementia can be viewed as a cognitive/memory disorder (though many with LBD have no memory problems) and a movement disorder; it depends entirely on the symptoms. A further wrinkle is that, if psychiatric symptoms are predominant, someone may see a psychiatrist.

Similarly, Progressive Supranuclear Palsy and Corticobasal Degeneration can be viewed as a cognitive/memory disorder (though most with PSP or CBD have no memory problems) and a movement disorder; it depends entirely on the symptoms.

By definition, dementia is an exclusionary criteria for Multiple System Atrophy such that it is always classified as a movement disorder.  While there can be cognitive symptoms with MSA, dementia symptoms rule out an MSA diagnosis.

Throughout the medical research community and literature, there is a tension between memory/cognitive disorder specialists and movement disorder specialists. In developing diagnostic criteria for certain disorders, such as for CBD, specialists in the two disorder types have such different outlooks on symptoms and testing, that the resulting criteria are often a hodge-podge, pleasing no one.

We investigate this tension in our section on Atypical Parkinsonisms.

About 17 percent of those with Lewy body dementia may experience Capgras syndrome. This is a belief that a friend or family member is an imposter.

“Alien limb phenomenon” is involuntary activity of a limb and a feeling that the limb is foreign.  This symptom can occur in corticobasal degeneration.  Learn more about CBD.

There are two types of Multiple System Atrophy: a parkinsonism form and a cerebellar form. Orthostatic hypotension is not required for an MSA diagnosis.   Learn more. 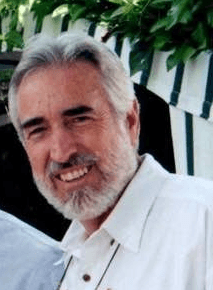 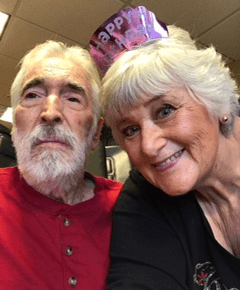