The most recent issue of “Expert Review of Neurotherapeutics” includes a review article on the treatment of hallucinations in Parkinson’s disease.  Of course this applies to Lewy body dementia as well. END_OF_DOCUMENT_TOKEN_TO_BE_REPLACED

Recommended lifestyle changes in those with orthostatic intolerance

We saw this interesting graphic — and list of ten tips — in a blog post about orthostatic intolerance.  The blog post addresses dysautonomia and POTS (postural orthostatic tachycardia syndrome).  Some (not all!) of the ten tips apply to those dealing with multiple system atrophy and Lewy body dementia.

END_OF_DOCUMENT_TOKEN_TO_BE_REPLACED 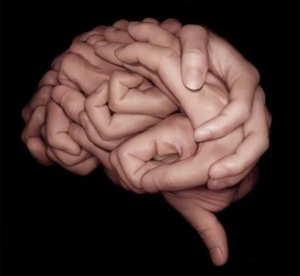 In late June 2022, CurePSP (curepsp.org) hosted a webinar on “Managing Swallowing Changes in PSP, CBD, and MSA” with Stanford speech language pathologist (SLP) Julie Hicks. Her presentation provided general information about working with an SLP, what a swallowing evaluation looks like, and what treatment might involve. In the question-and-answer period, Julie Hicks addresses when to see an SLP, the use of feeding tubes, practical tips families can use to help people slow down and control impulsivity while eating, and how to find an SLP with experience treating those with parkinsonism disorders.

END_OF_DOCUMENT_TOKEN_TO_BE_REPLACED

Since parkinsonism disorders can be confused for each other — Parkinson’s disease, Lewy body dementia, progressive supranuclear palsy, multiple system atrophy, corticobasal degeneration, and vascular parkinsonism — especially early on in the disease process, perhaps more important than the clinical diagnosis is the prognosis.

END_OF_DOCUMENT_TOKEN_TO_BE_REPLACED

Dr. Larry Golbe, a world-renowned expert on progressive supranuclear palsy (PSP), has his own blog (psp-blog.org) to which he occasionally publishes insights into the latest research.

In late March 2022, he published about two papers he read on the protein TMEM106B.  He says, “This stuff is known to be a component of healthy lysosomes and endosomes, components of the cell’s garbage disposal mechanism.”

[One paper] found that the brains of healthy elderly persons have abnormal aggregates of a misfolded form of the protein TMEM106B.  These abnormal aggregates were found “even more abundantly in a raft of neurodegenerative diseases: Alzheimer’s, CBD, multiple types of FTD, Parkinson’s, dementia with Lewy bodies, multiple system atrophy and multiple sclerosis.”

The second paper (authors from Columbia University, Mayo Clinic Jacksonville, etc) “found the same TMEM106B aggregates” in those with PSP.

An interesting finding is that unlike tau, TMEM106B misfolds the same way in all the diseases analyzed so far.  This may have huge potential implications: if (and this is a big “if”) the misfolded TMEM106B plays an important role in the formation of the misfolding and toxicity of tau and the other disease-specific proteins, and if (another big “if”) this misfolding is the rate-limiting step in the loss of brain cells in the neurodegenerative disorders, THEN preventing TMEM106B from forming or from misfolding, or targeting it with antibodies or drugs could be the silver bullet that prevents all of these diseases, PSP included.  That could be a naïve hope…

In this 2015 landmark MSA study of 134 patients clinically diagnosed with MSA, only 62% actually had MSA upon brain autopsy. BSN was responsible for almost 25% of the MSA brains for this study.  Learn more.

Nearly everyone with corticobasal degeneration will experience swallowing problems at some point.