Brain Support Network (BSN) has seven board members. Most members of the Board are motivated to serve as a result of their experience with a family member who was diagnosed with an Atypical Parkinson’s disorder. Board members bring a variety of legal, managerial, and medical expertise to BSN.

Robin Riddle, Board Member and CEO, learned about neurodegenerative decline when her late father, Larry, was diagnosed with Progressive Supranuclear Palsy (PSP) in 2004. With the help of three other caregivers, in July 2004, Ms. Riddle started the “San Francisco Bay Area PSP Support Group.” This Group became Brain Support Network in 2005 with expansion to include MSA, CBD, and LBD. The donation of Larry’s brain in 2007 to Mayo Clinic in Jacksonville, Florida, was Robin’s first organization of a brain donation. In June 2011 the “PSP Genetics Study Group”, including scientists from Mayo, published in Nature Genetics a landmark study using Larry’s brain tissue that identified three new genes linked to PSP.  The 1,000th brain donation she arranged was her father-in-law’s, Hall Evans,  BSN’s first benefactor.

Earlier, in the corporate world, Ms. Riddle worked in marketing for high‐tech companies in Silicon Valley, including Covad, Unisys, and NetGravity. She holds BA and MA degrees from Stanford and an MBA from the University of Pennsylvania Wharton Business School.

Mindy Lumm, Board Member and Secretary, joined BSN’s NorCal Support Group in 2013 after her late mother, Susan, was diagnosed with CBD (confirmed through brain donation). Mindy joined Brain Support Network as its Secretary in early 2017. She works in high-tech as a project manager.

Linda Higueras, Board Member, joined the Lewy Body Dementia (LBD) caregiver support group in 2008, California, after her father, Carlos, was diagnosed with LBD. After Carlos passed away, Linda became the primary caregiver for her mother, who suffered two strokes before passing away. In 2010, Linda organized a conference for 200 family caregivers on non-Alzheimer’s dementias in Sonoma County, California. This conference was one of the first events organized by Brain Support Network. In November 2015 Linda organized a dementia caregiver conference in Santa Rosa.

Linda’s career is in Human Resources; she has worked in winery, retail, and financial services industries. She is the first Human Resources director of Williams Selyem Winery. She joined the BSN Board in 2014.

Candy Welch, Board Member, Support Group Meeting Facilitator, joined  BSN  in 2005 and was the first meeting facilitator for  MSA. Candy cared for her husband, Bob, who was diagnosed with  MSA  in December 2002, until he died in 2008 at the age of 57. She has continued to volunteer as primary support group organizer and support group  MSA  discussion facilitator.

Candy has represented BSN as a speaker at national events and has hosted several joint webinars with the Stanford Medical School. She joined the BSN Board in 2016.

Tish Campbell, Board Member, joined BSN shortly after her husband Jack was diagnosed with MSA in 2010. She was Jack’s sole caregiver until he died in 2015 at age 75. Jack donated his brain to the Mayo Clinic for research. The autopsy showed that he had Lewy body disease (LBD), plus mild changes of the Alzheimer’s type, and hardening of the arteries.

Tish is a volunteer for Ashby Village (Berkeley) and for the Oakland Kaiser’s newly diagnosed breast cancer support program. She has worked in a nutrition program for malnourished infants in Colombia, was a counselor at Preterm, a first trimester abortion clinic in Washington, DC, and most recently worked in environmental law for a San Francisco nonprofit called The California Environmental Trust. She is currently retired. Tish has a BA from Sarah Lawrence College and a JD from the University of San Francisco. She joined the BSN Board in 2019.

Frederic Lewy, an American neurologist, first described Lewy bodies (LBs) in 1914. LBs are found in cells of the substantia nigra in patients with Parkinson’s Disease. In Lewy body dementia, LBs are found throughout the brain.

Respiratory dysfunction is the leading cause of death for people with multiple system atrophy. This includes stridor and sleep apnea. In fact, stridor may appear suddenly, even in people without a history of stridor.

Lewy Body Dementia is an umbrella term that includes both Dementia with Lewy Bodies and Parkinson’s Disease Dementia. The difference between DLB and PDD is mostly of interest to researchers. The “one-year rule” can determine if the diagnosis is DLB or PDD.   Learn more.

“Fluctuating cognition” is when there are unpredictable changes in someone’s level of cognition and attention.  This symptom is common in Lewy body dementia.  Some families describe it as the person seems normal one minute and then something is clearly wrong the next.  This is different from sundowning, which occurs predictably when the sun goes down.  Learn more about LBD. 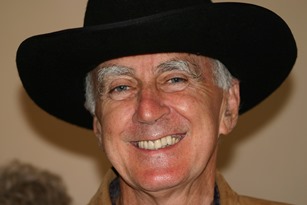 “Jack” Campbell was born in 1939 in Cleveland, Ohio, where he spent his childhood. Jack graduated from Marquette University in Milwaukee on a Naval ROTC Scholarship, and later earned an MBA from San Francisco State. Jack spent his entire 33 year career working with Coopers & Lybrand, subsequently PriceWaterhouse Coopers. He retired in 1999.

Jack’s first symptoms were a dragging of his foot and a loss of smell. In his first visit to his neurologist, Jack was diagnosed with “probable” MSA and given a life expectancy of 5-7 years. This diagnosis was reinforced by the fact that Jack received no benefit from traditional Parkinson’s medications.

Both the Parkinson’s Institute and Dr. Michael Aminoff at UCSF confirmed his “probable” MSA diagnosis. Jack participated in a study at Stanford to learn more about MSA diagnosis. Jack voluntarily gave up driving a few years before his death. He suffered from severe back pain throughout his final 5 years. His once resonant voice became faint, he had problems with bladder and bowel function and low blood pressure.

Jack’s mobility became increasingly compromised until he was bed bound. Fortunately for Jack and his family, his mental capacity remained good throughout his 5 year decline as did his sweet nature. He was a joy to be with and to care for. He died at home in 2016 after about a month on hospice with his wife Tish by his side. Jack supported the plan for brain donation organized by Brain Support Network.

The autopsy report from the Mayo Clinic in Jacksonville, Florida, repudiated the MSA diagnosis: Jack “…did not have the pathology of MSA”. Instead, Jack had Parkinson’s disease, as evidenced by the location of the Lewy bodies in his brain. “In addition he had mild changes of the Alzheimer’s type and hardening of the arteries.”